This tutorial is the second part of a series to get up and running with ReactJS, here we will learn how to render some content to a browser, React is a library developed by Facebook to simplify the creation of complex user interfaces

We will cover the following topics in this tutorial

For you to complete this tutorial successfully, you will need to at least know / have the following.

In this section, we will create a new web project that will serve our React powered application. Assuming you are using XAMPP, create a directory reactjs-example in htdocs directory.

Open up your favorite editor

Add the code below.

If you need more clarifications regarding the above code, use the comments section below to ask.

You will get the following results.

Note: the output from ReactJS was created using pure JavaScript code and not HTML.

As you can see from the above React JS example, you don’t have to be a JavaScript ninja to get started with React. It greatly simplifies the process. At a minimum, you will need to include the main library file, DOM file and some custom code for the interface.

In this tutorial example, we created only one element. However, imagine if we wanted to create more elements, we would have to use createElement every time and pass it the tag name, properties and children. That is a very tedious task and very time consuming for development, the guys at Facebook came up with a great solution, it's called JSX.

In the next tutorial, we will introduce to JSX syntax. JSX is a JavaScript syntax extension that looks similar to XML.

If you found this tutorial useful, support us by using the social media buttons to like and share the tutorial. If you didn’t find it useful, please use the comments section below to let us know how we can do better next time. 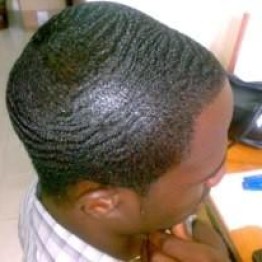